If there is one type of food that everybody loves, it’s probably ice cream. There are hundreds of flavors to cater to a wide range of tastes. You can also add any topping you want, from maraschino cherries and whipped cream to French fries and even bacon. There’s just no limit to what you can do with ice cream.

Ice cream comes in different forms as well, like ready-made ice cream cakes. No other food comes close to ice cream when it comes to giving comfort and happiness to people. But many continue to shy away from this delectable delight in fear of gaining extra weight.

We’re not here to claim that ice cream is as good as your leafy greens. But you will be surprised to know that ice cream is healthier than you think. Even if you’re counting calories, small amounts of ice cream can be a part of a balanced diet. And yes, you can eat your favorite dessert and still lose weight.

Ice cream is chock-full of calcium, an essential element for bone health. Some studies also suggest that calcium helps protect against high blood pressure, certain cancers, and diabetes. But one little-known benefit of calcium is faster metabolism. Early research has shown that increased calcium intake helps you maintain your waistline.

As you’ve probably guessed, ice cream is composed mostly of milk. When you’re eating ice cream, you’re getting all the benefits of dairy, such as vitamin D, phosphorus, riboflavin, and most importantly, calcium.

But if your ice cream has been infused with fresh and healthy ingredients, you also stand to benefit from extra vitamins and minerals. For instance, vanilla has antioxidant, antidepressant, and antibacterial properties. It also has trace amounts of potassium, iron, manganese, and zinc.

If you like your ice cream with 70% dark chocolate, you might as well be eating a superfood. Dark chocolate is rich in vitamins and minerals and can improve blood function, reduce the risk of heart disease, improve cognitive function. 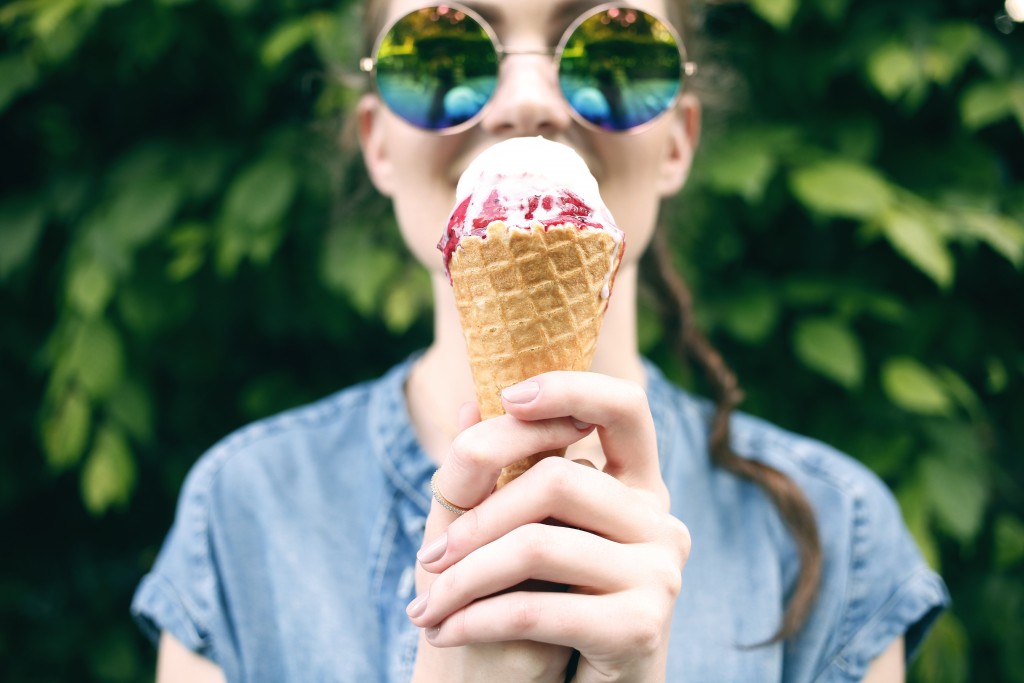 Ice cream for breakfast? Not as farfetched as you think. A clinical trial conducted at Kyorin University in Tokyo has suggested that consuming ice cream for breakfast can give your brain a small mental boost. And it’s not just because of the cold temperature. One group was given a glass of cold water instead, and they did not perform as well as the ice cream group.

Don’t you feel energized after having a small helping of ice cream? Because ice cream is rich in protein, carbohydrates, and fats, it’s a great way to give your body the energy boost it needs. Glucose, an essential component of sugar, also fuels our bodies throughout the day. Pound for pound, ice cream packs more energy than milk: a cup of ice cream has twice the calories of a cup of milk.

Most people eat ice cream because they need something to lift their spirits about. Research has shown that ice cream consumption activates the pleasure center of the brain. Think about it. People feel more relaxed and happy when they’re eating an ice cream cone.

Always remember that ice cream, just like any type of food, should be consumed in moderation. No one’s suggesting that you replace your vegetables with ice cream. But it can’t be denied that ice cream is not the dieting taboo people say it is.