Many men (and women, for that matter), draw up bucket lists. People with bucket lists write up these “To Do Before I Kick the Bucket” lists as their way of imagining a life well-enjoyed; that doing the things on the list will fulfill them in some way; and that being able to accomplish the items on the list will somehow assure them that “I’m okay, I’ve done many things. I’m ready to leave the earth without regrets,” or something like it. Bucket lists are typically drawn up when birthdays or the New Year approaches.

Psychologists believe that a bucket list is an individual’s attempt to make his or her life memorable. This practice of bucket lists can be associated with the peak-end theory proposed by Daniel Kahneman which states that it is the peaks of pleasant events that are memorable. This likely explains why most items found on a bucket list can seem outrageous or extreme. Experiences without peaks are not memorable, in other words.

Some psychologists believe that while some people tend to list narcissistic items (“get ultra-buff,” for example), many people list goals that are meaningful and connect them with things significantly bigger than just the self (“take my whole family on a world tour,” or similar).

Below are some suggestions that might connect you to larger-than-life experiences that, as research in positive psychology suggests, could contribute to a more fulfilled life.

Although many people might fear the uncharted regions of the deep blue sea, several men dream about going scuba diving. These men believe that, beyond the thrill of discovery, scuba diving is a good way to develop athleticism, discipline, and patience.

Skydiving is perhaps one of the most terrifying, yet most fulfilling experiences one could ever have. The idea of conquering fear and ultimately risking death can truly be a heady experience and will speak volumes about one’s daring and commitment.

Travel is more than just about loading up the passport pages with official, diplomatic stamps but about exploration. Visiting faraway lands takes real organizing skills as well as the discipline of earning and saving enough for an extravagant endeavor. 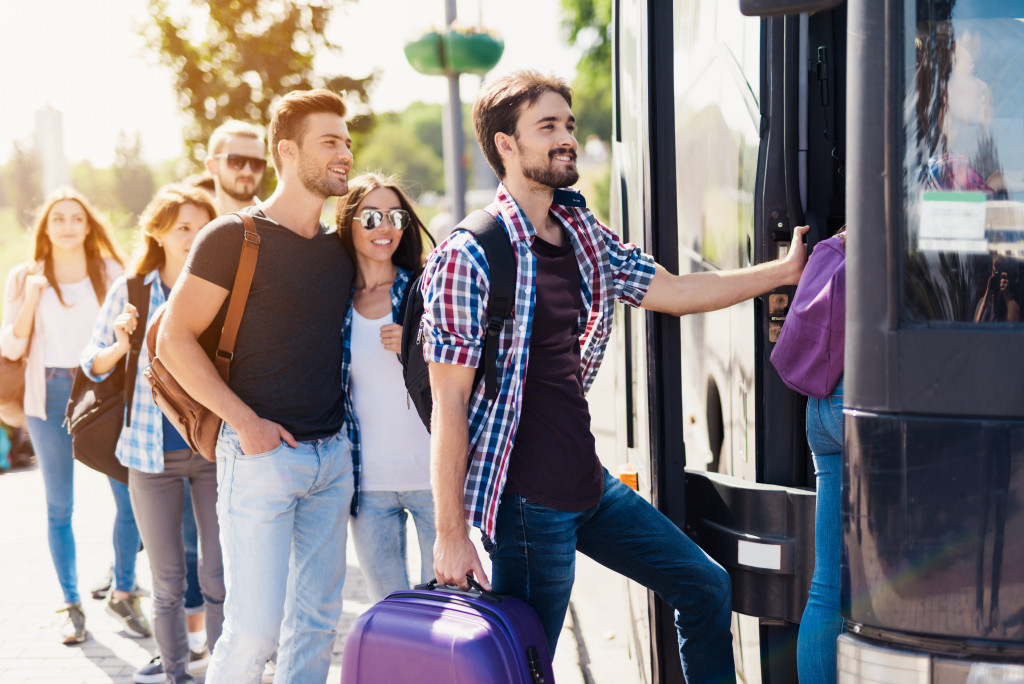 Every man dreams of owning a company. More than just the money, owning a business is about being his own boss and hopefully being able to say that he’s built something worthwhile. Success from something built by his own hands can bring pride and joy that can be humbling at the same time.

Play with a Favorite Sports Team

Men and sports have an obsessive relationship that has evolutionary foundations, studies say. When men watch sports, it’s as if they are actually part of the action. Men would say things like “we won!” or “we’re having an off night” when watching pro gameplay. Bring this empathy to life and actually play with your favorite pro sports team. How many can say they played a pick-up game with LeBron or they kicked the ball around with Ronaldo?

Operating heavy-duty construction equipment has been likened to “moving the earth”. Nothing can be larger than life than that. Now, imagine operating excavators or bulldozers for fun. Recreation parks where one can drive and operate actual heavy machinery in a safe, supervised environment are slowly gaining popularity across the country.

Soaring the skies, working a sophisticated dashboard, being captain of the craft… all things that make for a real intoxicating rush. Flying a plane takes special skill, perhaps years of study, and plenty of guts (and yes, plenty of money, too). There is glory in being able to do something that millions of people are not able to do.  And it is not often that you get to see the world from this high perspective.

Again with the “men and sports”. Experiencing the Olympics first-hand, even if you are not such a sports-lover, can be an incredible experience. Just being in the presence of the world’s most talented and skilled athletes gathered together and vying for global renown can be a powerful experience. You’re sure to fill up your memory cards to the brim.  The spirit of competition is palpable and you pick up a thing or two about true sportsmanship.

Regardless of the actual items written on them, bucket lists symbolize what psychologists have studied about goal-setting. Having goals drive us to accomplish things. It’s the most challenging goal that offers more motivation. And accomplishment brings positive fulfillment. But, more importantly, goals need to be accompanied by planning and genuine effort to actually achieve them.