COVID-19 forced people around the world to spend more time at home. Because of the lockdowns and the closures of inessential businesses, populations were stuck indoors to be safe from the spreading virus.

The time spent at home has led many people to take a hard and long look at their own house. The past year has seen many people make major and minor renovations, a decision fueled by increased savings from working from home and record-breaking low mortgage rates.

Now, the end of the pandemic is in sight for much of the world. People have started going out again. However, the experience of the past year will continue to impact aspects of everyone’s life, including the way they design their houses.

Curious homeowners can check local trends by joining the local parade of homes. Coupons are available online for everyone who wants to come.

For a year, the world revolved inside the home. Every task was done at home. In addition to cooking and resting, people were at home to work, study, go shopping, and connect with friends.

So, for some, the house started to feel small and inadequate for all these new activities that they have to do in one place.

Some households installed temporary walls to divide the house between family members during the day. It serves as more than just visual separation; it also can block out the noise and prevent distraction while they are all working or studying simultaneously. It can be difficult to focus on the task at hand when children play or the television can be heard in the background. Many people also choose not to expose their home life to their colleagues at work or classmates at school through video chats.

Many households also chose to finally utilize an empty space. The attic, for example, became a home office. Meanwhile, the basement was transformed into a gym or a cinema. Since all places where people can gather, such as gyms and cinemas, are closed, many chose to build these spaces right at the safety of their own homes.

Using every inch of the house and adding features that can increase the homeowner’s enjoyment of the property is one of the trends developed during the pandemic and will continue to be popular after COVID-19. Many workers have already expressed the desire to continue working from home after realizing how much time and money they can save from the setup. 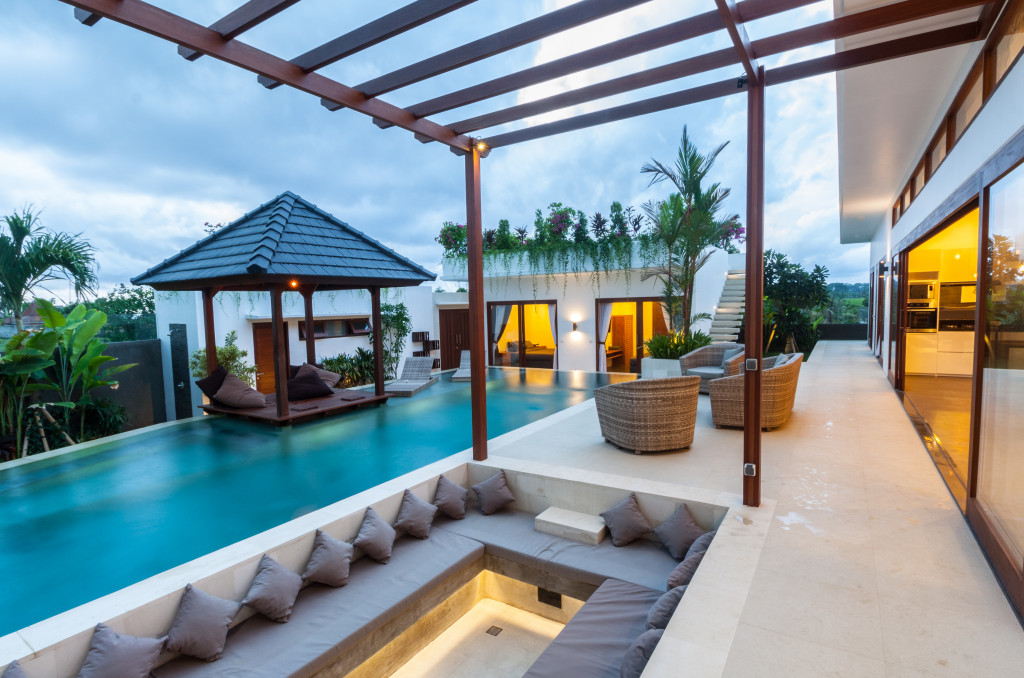 The pandemic also motivated people to develop their backyards and create another living space, one where they can step out and feel the sun on their skin while still being safe from the virus. One feature that homeowners wanted the most in the last year was the swimming pool. Summer was canceled in 2020 because the virus was still rapidly spreading then. Travel was restricted, and going to the beach, albeit locally, was discouraged. Places where beaches were open were immediately shut down because visitors did not follow social distancing protocols.

A swimming pool was a great way to spend the summer despite not being allowed to go out. There was such a high demand for swimming pools that some contractors had customers on the waiting list for several months.

Moreover, homeowners also constructed outdoor kitchens and fire pits to eat and hang out outdoors during and after the pandemic.

Restaurants were closed, so home-cooked meals became vogue again. People of all ages tried their hands at making meals, trying new recipes and cuisines, and sharing food with loved ones. The kitchen became a warm space where relationships were strengthened in the midst of a deadly pandemic.

A recent survey revealed that seven in 10 consumers would continue making food at home even after the restrictions have been lifted and the pandemic has ended. Cooking, for many, became an outlet for creativity. It was also a way for them to ensure that they are eating healthy meals, saving money, and feeling confident about themselves and their abilities.

Homeowners will likely see more trends born out of the pandemic in the upcoming parade of homes. The event will be interesting because it will show how people adapted and survived a year of living through the pandemic then peak into a future life after COVID-19.