The grim reality is that President Joseph Biden announced in an official statement on February 4 that 900,000 people have already died of COVID-19 in the United States from the start of the pandemic. According to CNN, data from Johns Hopkins University (JHU) shows that as of February 7, the average number of daily deaths is 2,462. This shows a three percent increase from the previous week.

The Omicron variant of COVID-19 is finally waning in the United States, though. JHU data from the same period showed an average of 290,000 new cases each day. This was just a little more than a third of the 800,000 daily average of new cases three weeks before. Also, as of February 7, there were 110,000 hospitalized patients. This was a decrease of 19 percent from the week before.

This is a huge relief for everyone. It means that tasks that have been put off due to fear of infection, such as a visit to a trusted dental clinic or a dermatologist, can now push through. 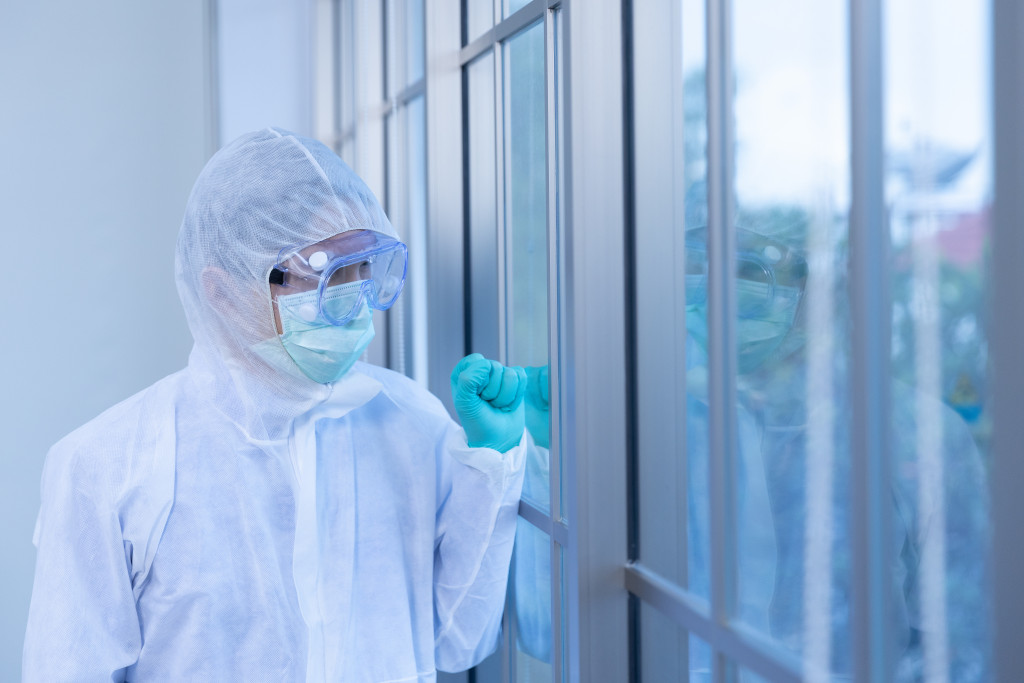 ABC News and NewsNation report that because of the decrease in new COVID-19 cases, several states are lifting requirements for indoor masking. Some, however, are choosing to retain it. As of February 9, 14 states have confirmed their stance.

In New York, the requirement to wear masks in offices, shops, grocery stores, and other indoor public areas was due to expire on February 10. Governor Kathy Hochul has the authority to extend it, but she announced that it will be allowed to expire.

In Delaware, an order signed by Governor John Carney is lifting the state’s universal indoor mask mandate on February 11 at eight in the morning. Masking in schools will be lifted at the end of February or in March.

In California, the statewide requirement for indoor masking ends on February 15 for all fully vaccinated people except in areas with higher risks. Those who are unvaccinated must still wear masks indoors anywhere in the state. Local governments have their own masking mandates, though. For instance, health officials of Los Angeles County are retaining the indoor masking requirement.

In Illinois, Governor J.B. Pritzker intends to end by February 28 the statewide mandate to wear masks in indoor public spaces such as restaurants and grocery stores. There will be certain exceptions, though.

In Oregon, Governor Kate Brown stated that the statewide mandate on indoor masking in public places as well as in schools will be lifted by March 31 at the latest. It will be lifted earlier if the number of hospitalizations decreases faster.

In Rhode Island, Governor Dan McKee stated that the statewide mandate for indoor masking for unvaccinated people will be lifted later in the week.

In Denver, school masking will be lifted on February 26.In Connecticut, New Jersey, and Massachusetts, statewide mandates for masking in schools will be lifted toward the last week of February or in March.

In Washington, Governor Jay Inslee is retaining the mask mandate statewide, but he stated that it could be lifted if the number of deaths, hospitalizations, and new cases continues to drop.

In New Mexico, the Department of Health renewed this month its public health orders regarding COVID-19, with the mandate for unvaccinated and vaccinated people alike to wear masks in all public spaces. The order is effective up to March 4.

In Nevada, Governor Steve Sisolak is retaining the statewide masking mandate regardless of vaccination status. Officials believe the state is still a high-risk area.

In Hawaii, Governor David Ige is retaining the mandate for wearing masks in indoor public places. He is, however, not requiring travelers coming to the island to have vaccine booster shots.

The Guardian reports that the U.S. Department of Labor announced that in the last week of January this year, there were 238,000 applications for unemployment aid. This is 23,000 less than that of the week before. It is also the second consecutive week of decreasing numbers.

According to CBS News, in the seven days up to January 22, unemployment aid benefited a total of 1.6 million Americans. This number was slightly lower than the week before. Having fewer applications and collections for unemployment aid means more people are getting employed, which is good news.

With the decline in new Omicron cases in February, businesses will likely pick up steam. This means they may be hiring more people, with more opportunities for the jobless.

The number of Omicron cases that required hospitalization and led to death was overwhelmingly among unvaccinated people. It becomes even more tragic knowing that such deaths were preventable.

As of February 9, data from the Centers for Disease Control and Prevention (CDC) shows that 64.2 percent of the country’s population has been fully vaccinated, and 42.5 percent of them already had a booster shot. It is crucial for the remaining 35.8 percent to get vaccinated for the number of new cases to continue to drop.