Simply put, Dutch colonial homes are homes influenced by the Dutch settlers in the United States. It has influenced homes in different parts of America, including New York, New Jersey, Pennsylvania, and Seattle. If you want to build a home with a Dutch colonial style, an excellent general contractor should have extensive experience building these types of homes.

However, it does not hurt to know a thing or two about this attractive architectural style, including its history and its distinctive characteristics from other home styles.

During the Dutch colonization that lasted from 1609 to 1664, Dutch settlers colonized a place in the United States called New Netherlands. Many now know this place as New York, after the British renamed it in 1664. However, even after the British took over New York, the influence of the Dutch settlers had already seeped through the American culture.

In New York, the history of Dutch colonization is most evident in Kingston. The city of Kingston’s Dutch influences can be seen in its architecture and folklike as well. Additionally, the Met Museum discusses things Dutch settlers left in the United States. Aside from architecture, it states that the Dutch have left craft practices that people in the United States now use in producing furniture and other products created by silversmiths.

Suffice to say that Dutch craftsmanship created US homes. Their unique style and skill in brickwork are now still seen in a lot of homes in America. Builders designed Dutch colonial houses with elements that also serve a function. Its split exterior doors, in particular, have upper and lower haves that homeowners can open independently. This allows light and air to enter indoors while keeping the children inside and unwanted animals out of the house. 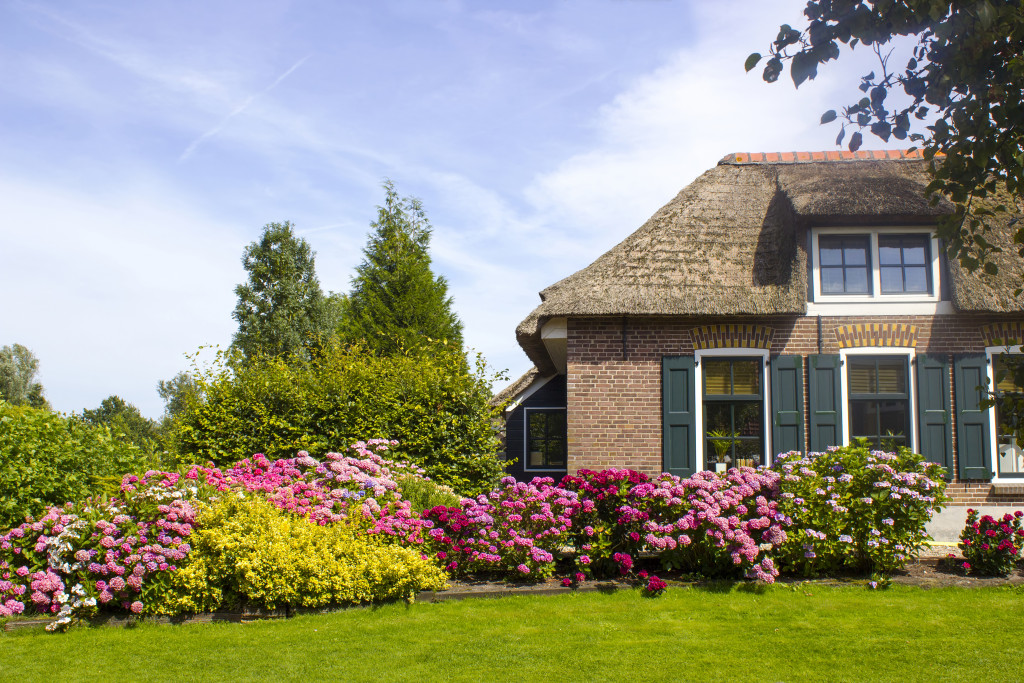 Going In and Out of Style

Trends come and go and return years later; it’s the same for the Dutch colonial style. After its popularity in the 17th century, it re-emerged in 1890 and from 1925 to 1940. The Dutch colonial revival style features more decorative details while the later revival forms returned to the classical style.

First, one will immediately notice that Dutch colonial homes have symmetrical facades. It has a front door exactly in the center, with windows surrounding a home in an orderly form. On the other hand, the roof has gable-end chimneys on the top; the stone back walls of the fireplace are also visible outside the home.

The gambrel roof of Dutch Colonial homes is especially distinctive; this is why it’s also often known as Dutch roof. Dutch roofs are double-pitched and have two distinctive slopes; one is almost flat and the other is steep.

However, it is interesting to know that this style did not exactly originate from the Dutch settlers. Dutch settlers used to create homes with V-shaped roofs. The origins of the now known Dutch roofs came from Flemish, English, and French construction methods. The Dutch then came to embrace the style of roof in 1775.

Gambrel roofs were built for function; they were used in homes to maximize space. By using this roof style, a home can have a second and, sometimes, a third floor.

Despite originating from Dutch settlers, Dutch colonial homes are distinctly American. It is a mixture of different cultures through different immigrants that built the country as we know it today. A Dutch colonial home represents history and, at the same time, a home that offers form and function.