Metal fabrication is the process by which metal is cut or bent into a specific shape or form. It traces its history back thousands of years to the Ancient Middle Eastern Civilization, with evidence existing of humans performing metal fabrication as early as 9,000 BCE.

However, it was only recently that metal fabrication became the large industry it is today, with the Industrial Revolution and the modern era fueling demand for construction, automobiles, gadgets, and many more.

As new innovations in technology emerged throughout the years, they have been adopted and incorporated into the age-old process of metal fabrication, resulting in an increase of both quality and quantity of the materials.

Today, even custom metal fabrication, where metal is cut into a precise, specific design, is widely practiced in Utah and the rest of the United States. Here are a few examples of modern technology and their applications in the metal fabrication process:

In order for the metal to be cut into a specific shape, there should be a specified design first. Computer-aided design (CAD) has allowed the layout and design to be more precise than ever.

Moreover, these designs are also optimized by taking into account the metal and other materials the product will be made out of. This allows for the creation of a digital model of the product without having to go through ordering or building a physical product first, resulting in great cost and time savings. 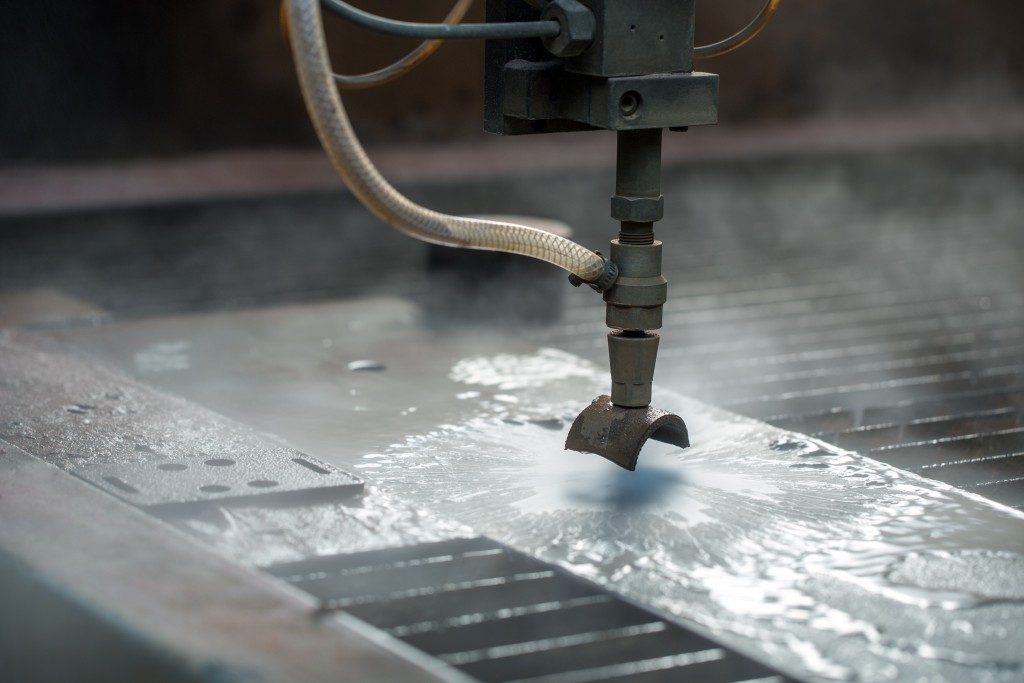 While there are many different options for how the metal will be shaped or molded – such as casting, forging, or drilling — one of the most fundamental is cutting. Previously, this was done with hand saws and shears.

Today, there are many different machines that are able to get the job done much more precisely and efficiently. Waterjet cutting machines use a jet of pressurized water mixed with abrasive materials like aluminum oxide or garnet to aid in cutting; the abrasions created are what forms the cut.

While they are the most expensive to operate, waterjet cutting machines can cut through the widest variety of materials and can cut through any shape and thickness up to 10 inches.

They can also use the same cutting tools for all kinds of products, meaning that there is no need to change the tool on the machine when changing product. In contrast, plasma and laser Cutting machines are known to be the most efficient and precise at cutting.

A plasma machine uses a jet of hot plasma to cut, while a laser machine uses a laser beam guided by fibers or optics. Both machines have high precision, with the laser being slightly more precise than plasma.

However, in contrast to waterjet cutting machines, both have limits to the materials they can cut; plasma cutters cannot cut non-conductive materials such as wood or plastic, while there is a limit to the depth that laser cutters can cut.

Without these modern fixtures, it would be near impossible to realize being able to cut metal into different shapes and sizes with such precision. Thanks to continuous innovation, even something as timeless as metal fabrication can be harnessed into something that has shaped the world and continues to do so.