Parks and Recreation, an American sitcom that ran from 2009 to 2015, is one of the most underrated TV shows of all time. It centers around Leslie Knope and her co-workers in the Parks and Recreation Department of their small hometown in Indiana. Although each character of the show has their own quirks, one character impacted us because of his particular brand of masculinity and integrity. And that character is Ron Swanson.

Ron Swanson (portrayed by beloved comedian Nick Offerman) is a burly man with perfectly combed hair and mustache. He walks the hallways of the city hall with an air of authority as the director of the Parks and Recreation Department. Although he is a libertarian through and through, he made his mark in the local government through the wisdom he shared with his co-workers.

As the audience, we, too, could gain wisdom from him. These are the top life lessons, according to Ron Swanson.

To anyone who has seen the whole series, it’s no secret that Ron Swanson is not exactly the most health-conscious character on the show. We have Christ Traeger (played by Rob Lowe) for that. Ron loves his steak and breakfast food. In fact, he loves all kinds of meaty meals. It’s not at all a healthy way of eating. But this doesn’t mean we can’t still learn something valuable from him.

He teaches us to enjoy and love our food. And that relationship with food could even be deepened by knowing fully well where your food comes from. Because of his love of fishing and hunting, it’s fairly common for him to gather his food from nature. This way, his food doesn’t always go through the processes of production, packaging, and distributing. It doesn’t sit on store shelves for days or weeks at a time. He takes the “farm-to-table” approach to dining very seriously.

Yes, maintaining a healthy diet is very important. It’s one of the essential ways to take care of our bodies. But it’s also quite important to find joy in eating the food that we love. The key is to find the balance.

Value Your Relationship with Nature

As mentioned before, Ron is an avid fisher and hunter. He’s the type of man who finds sheer joy in visiting hunting stores to gear up for a much-anticipated hunting trip.

Many men might find fishing dull. After all, it’s just sitting on a boat in the middle of a river or lake for hours at a time. But Ron finds the upsides to such an activity. By seeking refuge in nature, he’s able to enjoy some peace. He gets to have some time away from the chaos in his department and the shenanigans that his friends get into. 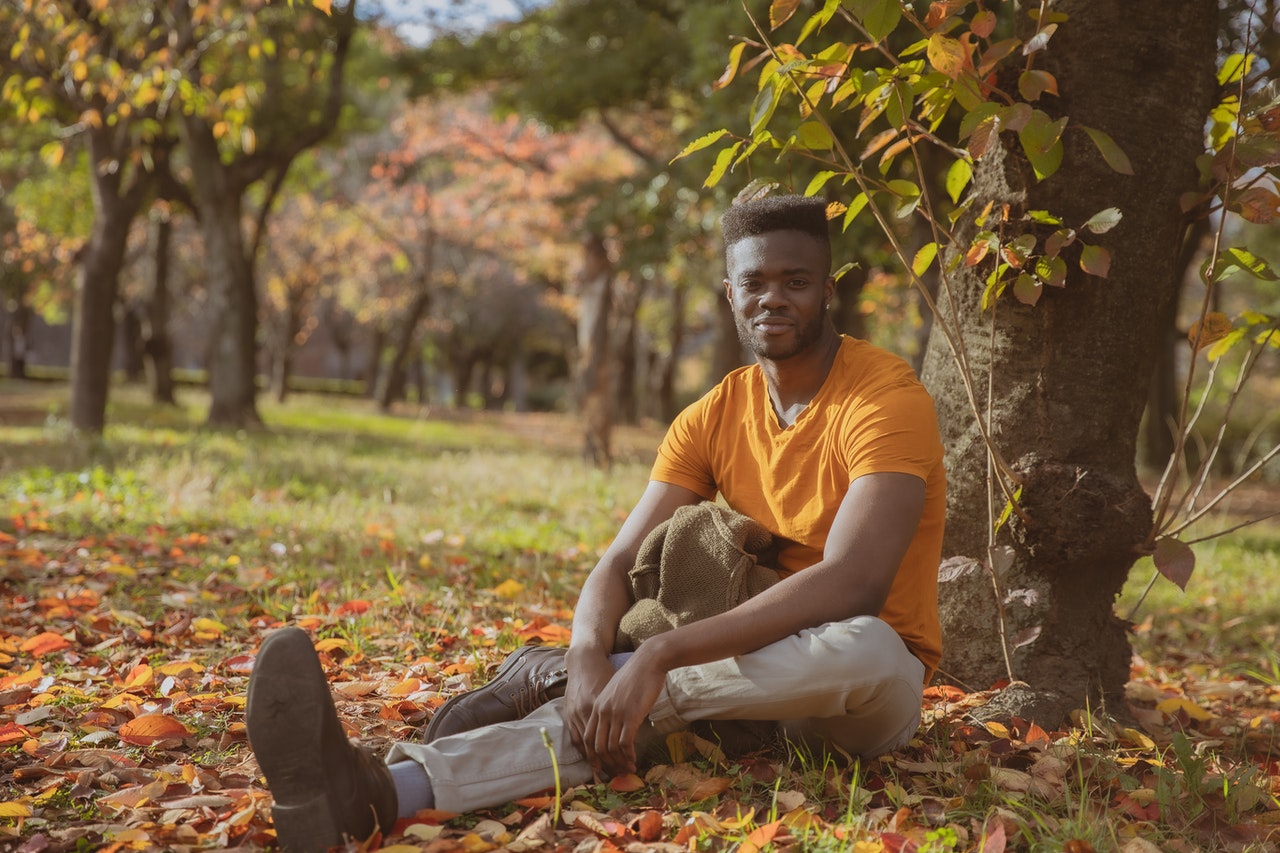 Because of this hobby, we can learn from him, really, the value of the great outdoors. No matter how fun malls, bars, and restaurants could be, there’s nothing that could compare sitting in the middle of a lake or camping grounds and just enjoying the fresh air and silence.

We could all learn to disconnect from our devices and enjoy some peace and solitude from time to time, the way Ron does.

Find Your Comfort and Confidence in Fashion

Fashion and Ron Swanson aren’t two things that we would normally put together. We might think that he’s the type of man who wouldn’t give fashion a second thought. Besides, we have another character for that. Tom Haverford (played by Aziz Ansari) is the resident style icon, the one who always looks sharp in a suit and is up-to-date with the latest trends in men’s fashion.

Even so, we could all still learn something valuable from Ron’s fashion. In all of the seven seasons of the show, he’s donned the same outfit. A polo shirt or sweater tucked inside a park of slacks with a neutral color. His perfectly combed hair has had the same length and style. Even his mustache has been consistent.

Because of his faithfulness to this aesthetic, we get the impression that he’s confident in the way he looks. He has embodied that iconic look that people would always associate with him. And that confidence is born out of his comfort in that look.

Many of us can only aspire to achieve such confidence in comfort in the way we look. But, much like Ron, the best we could do is keep trying to find the aesthetic that would fit us and own it.

Truth be told, Ron is far from being a perfect character. Much like any complex character out there, he has his flaws and faults. But we can always learn from him important lessons about our food, relationship with nature, and even fashion. And that’s what makes him such a memorable male character.