The internet can change the way we think, and it’s not always a positive effect. Research has linked the pervasiveness of social media with both increased well-being and greater incidence of mental illness. Some people benefit from these virtual networks, but for others, they only make matters worse.

Mental health can be particularly challenging for men today. Gender stereotypes inhibit males from opening up, as they fear being stigmatized. This is correlated with a suicide rate that’s thrice as high among men compared to women, and a lower likelihood of men seeking formal treatment.

For the modern man suffering in silence from mental illness, disconnecting might seem like a sensible action. You won’t compare yourself to others on social media who seem to be living better and getting things done. There’s no FOMO if you don’t know what you’re missing. You won’t stress out over the news. And with fewer distractions, you’ll be more productive, right?

The evolutionary drive for status

The internet, and whatever activities we tend to engage in when connected to it, isn’t the root of the problem. It exacerbates mental illness and amplifies our vulnerabilities. But when we try to pin the blame on social media, addictive video games, mindless consumerism, or anything else that happens in cyberspace, we’re missing the point.

Humans are naturally driven to seek and signify status. We’ve evolved that way. Even though we’re a social, cooperative species, we instinctively understand that differentiating ourselves from others offers survival benefits.

Men are particularly prone to this drive because of testosterone. And that’s fine as long as we can set ourselves apart, earning a measure of distinction in some way. But things can go south when that isn’t possible. Not every man can earn a college degree or higher education, land a good job and get promoted, or buy landmark status possessions such as a car or a house.

Not only does the internet give men access to badly-needed telehealth therapy sessions in this pandemic-stricken world, but it also offers an alternate route to status. Men can receive validation from likes and comments on their social media posts. They can benefit from cooperative play in a game and stream it afterward. The realm of content creation gives us more opportunities to stand out. 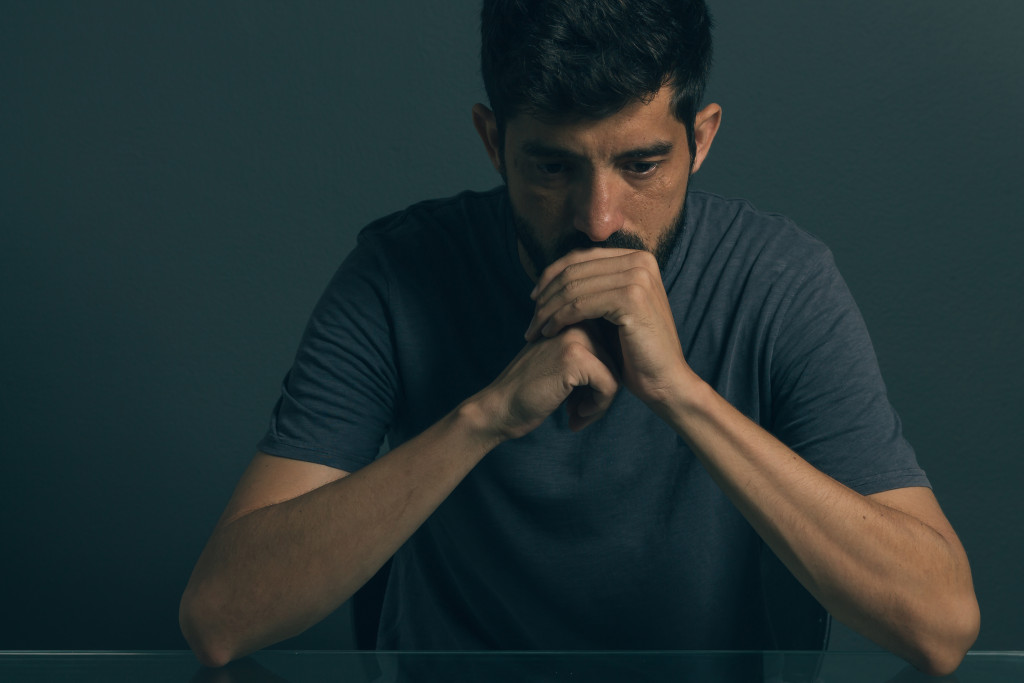 Shifting to the pursuit of virtue

Seen from that perspective, you should probably think twice before considering a mental health detox from the internet, social media, and other devices. Recall that the internet can be both positive and negative, depending on the factors at work. Armed with a better understanding of how this works, men can make changes to those factors that will skew the balance towards improved well-being.

Still, developing a healthy relationship with the internet won’t address the root of the problem. Men can still feel deprived of support and inferior to others, because we’ve just changed the way we compete, but in the end, it’s still a competition. It’s a zero-sum game where one person wins at the expense of others.

We can only solve this equation by changing our priorities. Author David Brooks provides a metaphor for this, describing our individualistic pursuits as the first mountain of life. Attempting to climb this summit tends to plunge us into suffering instead. The solution is to pursue life’s second mountain.

This involves reframing our challenge as one of virtue instead of status. Mental illness plagues men whose lives are founded on individualism. Let the focus of your life become about commitments, and accumulate ‘eulogy virtues’ — the innate good qualities that people would celebrate at your funeral.

Most men aren’t prepared to make this shift overnight. This is where adhering to a Stoic practice can help.

It’s hard to untangle ourselves from individualistic pursuits and values. Ancient Stoics recognized that. They weren’t completely detached from the world. Instead, they viewed things such as wealth, health, and social status with preferred indifference.

This outlook enabled them to place the pursuit of virtue foremost. When acquiring money or an advantageous connection might be possible without compromising virtue, then that was great. But the Stoics didn’t mind if they failed to gain any sort of status, so long as their virtuous character remained.

More than anything today, the internet reminds us that we can’t exist in a vacuum. We’re all connected, and shutting down this technology does no real favors to our mental health. Instead, use it to inform your decisions and prioritize the cultivation of virtues that will enrich your interactions with others, both in the real and virtual world. That will help create a stronger foundation from which you can begin to build better mental health.