In sports, it’s commonly known that even the best athletes can’t defeat time itself. No matter how great their physical gifts, how rigorous their training, or how dedicated they are to their craft, eventually, they will enter a stage of irreversible decline.

Most of us will never aspire to even a fraction of the performance standards that elite athletes must maintain. But we also age and are arguably even more susceptible to the ravages of time. We don’t have a comparably strong foundation in terms of health and fitness. Old age will betray greater physical deficits.

Yet as sports science has advanced, so has our knowledge of how to mitigate the effects of aging. And combining evidence-based practices with the basic human sense of fun can lead to better management of our bodies with age.

The mechanics of decline

In general, our bodies become less conditioned towards physical activity over the years. Each decade after the age of 20, your metabolic rate slows down by an average of 10%.

Metabolism is the energy used by the body to maintain itself. A slower metabolism means you need less energy. This is a survival mechanism developed over thousands of years of evolution. It’s meant to make older humans more energy-efficient and allow them to get by on less consumption.

Living in developed countries in the modern age, of course, tends to eliminate that problem. As a result, metabolic slowdown creates the opposite issue: we accumulate fat quickly. In excess, this weighs us down and makes our bodies less effective.

Along with metabolism, VO2 max declines with age. This metric is a measure of how much oxygen your body can effectively utilize during exercise. Once you hit VO2 max, your body switches to anaerobic metabolism, a backup energy source similar to a water buffer tank. It keeps you going at peak demand, but not indefinitely.

The lactate threshold is the body’s indicator that you’re approaching VO2 max and eventually exceeding aerobic respiration limits. At this point, you begin to feel burning or cramping in your muscles due to the rapid build-up of lactate. This threshold also declines as you grow older, so you are quicker to experience the sensation of heavy exertion.

Any exercise will help 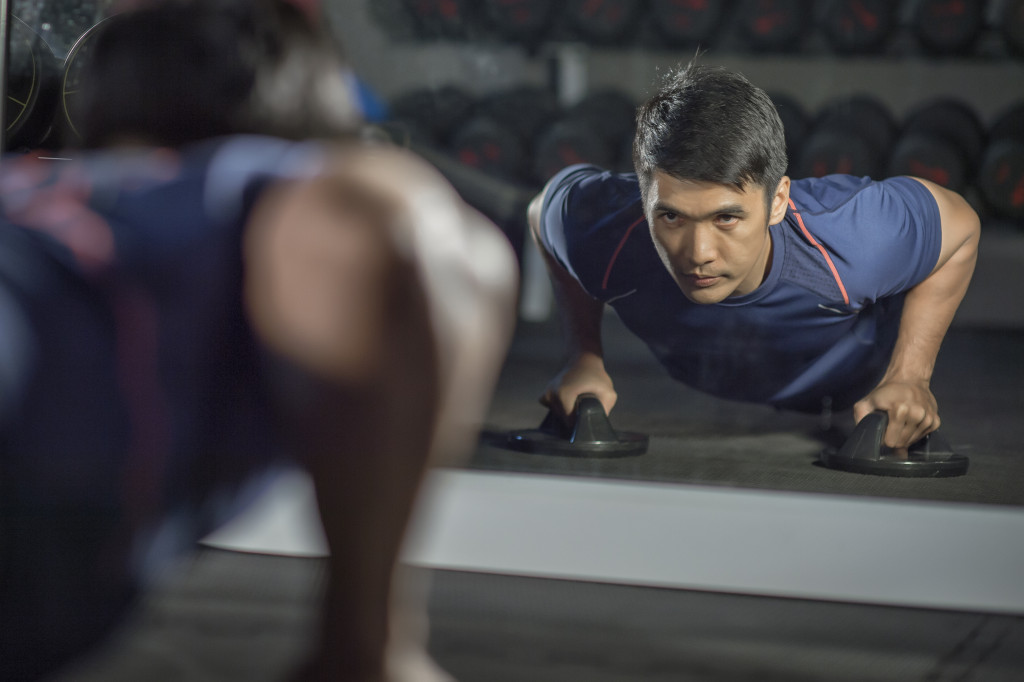 These three metrics of metabolism, VO2 max, and lactate threshold are distinct but intertwined. And together, they put a cap on your fitness in different ways.

When you’re young and healthy, these metrics are robust. Make an effort to be physically active, and they improve. As you age, they go down. A slow metabolism makes you put on weight faster. A lower VO2 max makes you fatigue more easily. Lower lactate threshold levels send earlier signals to your body that you’re pushing yourself.

Combined, the effects lead to a drop in your performance. They also increase the likelihood of injury. Your mind thinks it’s too soon to feel tired, so you push through despite the warning signs. Commonly held notions such as ‘no pain, no gain’ when it comes to exercise can reinforce these risks and make physical activity something you dread.

Still, some exercise is better than none. A comparison of studies of former top athletes revealed that those who continued to train after retirement could mitigate the effects of decline. Their losses in metabolism, VO2 max, and lactate threshold were, on average, roughly half the per-decade rate of those who didn’t train.

Certain training methods seem to be more effective than others at resisting the effects of aging on performance. Gradually increasing intensity through interval training in a carefully monitored program and similar diet adjustments can boost lean body mass even in older individuals. Maintaining a high training volume also helps to sustain the key metrics.

But the realities of aging need to be taken into consideration. For most non-athletes, exercise has to be fun. Fitness is vital but must blend into the balance of our daily routines.

Enter the concept of ‘fartlek training.’ The term is Swedish for ‘speed play.’ In basic form, fartleks are free-flowing, fun, and varied exercises rolled into a single routine.

For instance, you could run every day but not set a target pace, time, or distance. Instead, change your route on a whim. Notice an incline, and try to charge uphill. See a tree in the distance, and challenge yourself to sprint there. Or you can even set fartleks to music and adjust your exercise to the beat of each song on your playlist.

All the while, pay attention to your body signals and pace yourself accordingly. In this way, fartleks give you a fun, unstructured, yet effective way to exercise sustainably and with intensity as you age.