At one point in people’s lives, they have reacted negatively to uncomfortable–most likely squeaky–sounds. It’s not simply a pet peeve. There’s science behind this, and the chills down your spine is a reaction to the frequency of sounds.

Maybe a classmate dragged their nails on the chalkboard, or they just can’t stand the sound of rubber shoes rubbing on tennis court surfacing. People cover their ears out of reflex because of the different physical, mental, and neurological effects of uncomfortable sounds.

As one might think, the ear can only react negatively to the highest frequencies. The truth is, the uncomfortable frequencies can be found in human speech as well, ranging from 150 to 7000 Hz.

For the human ear, frequencies between 2000 to 4000 Hz cause the most sensitivity. Researchers found that removing or altering these frequencies from recordings of fingernails against a chalkboard and chalk squeaking on a surface made the audio easier to listen to.

Some researchers suggest that the shape of the human ear has evolved to amplify sounds that relate to communication. Because unpleasant frequencies can be found in human speech, it is possible that the make-up of the human ear is partly responsible for uncomfortable sounds. However, there is still not evidence to prove the validity of this hypothesis. 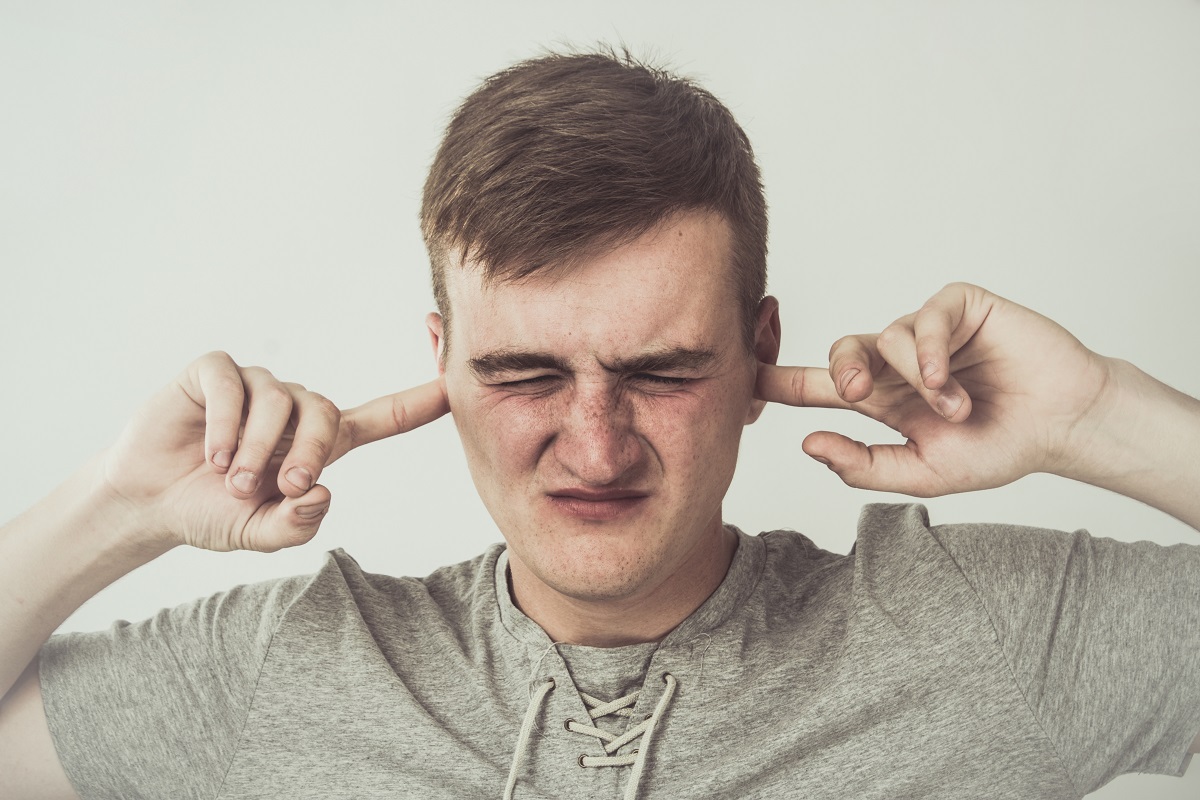 The same researchers on the frequency found that listening to uncomfortable sounds have physical effects on the participants. They tracked indicators of stress that manifested in increases in heart rate and blood pressure. The most interesting indicator is the change in skin conductance, or the electrical conductivity of the skin, which reacts depends on the psychological and physiological stimuli.

When a person hears a screechy sound, the amygdala, the region of the brain responsible for feelings, sends a distress signal to the auditory complex. To put it simply, screechy sounds activate both the brain’s processors of emotions and sounds.

Furthermore, the communication between these two regions is a little more complicated. The auditory cortex goes over the sound and sends the information to the amygdala. The amygdala is capable of processing a low amount of acoustic features that determine the emotion. Lastly, the amygdala sends back the negative emotion—in the case of screechy sounds—to the auditory cortex to synchronize their perceptions.

The unbearable hatred of sound is called misophonia, and it is a disorder. People tend to dismiss this because it’s unreasonable for sounds to “drive you crazy,” but people with misophonia do struggle socially. It can cause anxiety, discomfort, disgust, and a strong desire to leave. It can also be stressful emotionally because it can elicit anger, hatred, panic, and more.

The common triggers are can come from people and the environment. The sounds coming from people are normal activities such as chewing, breathing, speaking, or baby sounds. Environmental triggers can be those that have been mentioned earlier: nails on a chalkboard and squeaking from chalk.

Because it is a disorder, there are known treatments and coping mechanisms. Healthcare professionals such as therapists and audiologists can walk you through negative feelings. Others have found that overlapping triggers with pleasant noises, such as music, helps them curb the discomfort. People can also seek sound therapy to treat misophonia.