Almost anyone who tunes in to the Academy Awards looks forward to the appearance of their favorite celebrities in the red carpet. But before we started associating it with camera flashes and Hollywood glamor, the red carpet had been rolled out for a wide variety of purposes. From a theatrical murder to railroads, here are some of the red carpet’s most notable roles in history.

The first recorded mention of the red carpet dates back to 458 BC Greece, when playwright Aeschylus wrote it into his play entitled “Agamemnon”. The play follows the titular character, King Agamemnon, who went away to fight in the Trojan Wars and left his wife, Clytemnestra, at home.

Agamemnon and Clytemnestra were apart for a long time, and they both found lovers. But when Agamemnon brought his concubine, Cassandra, home, Clytemnestra did not take it well. The queen rolled out a “floor of crimson broideries” to convince her husband to walk to the bath and into his death. Some accounts claim that Clytemnestra murdered Agamemnon in the bath, while others say he was slain by her lover, and the queen killed Cassandra as well.

The first recorded use of a red carpet for a high-profile event happened in 1821. When US president James Monroe visited Georgetown, South Carolina aboard a riverboat, he was welcomed ashore with a red carpet. Since then, the red carpet became a staple in distinguished events involving political dignitaries.

The phrase ‘red carpet treatment’ is widely believed to have originated in the 20th century when it was used by railroads. In 1902, the New York Central Railroad started using red carpets to guide passengers and welcome them aboard the trains. However, this treatment was only reserved for first class ticket holders, and became a status symbol, thus making the phrase ‘red carpet treatment’ synonymous to luxury. 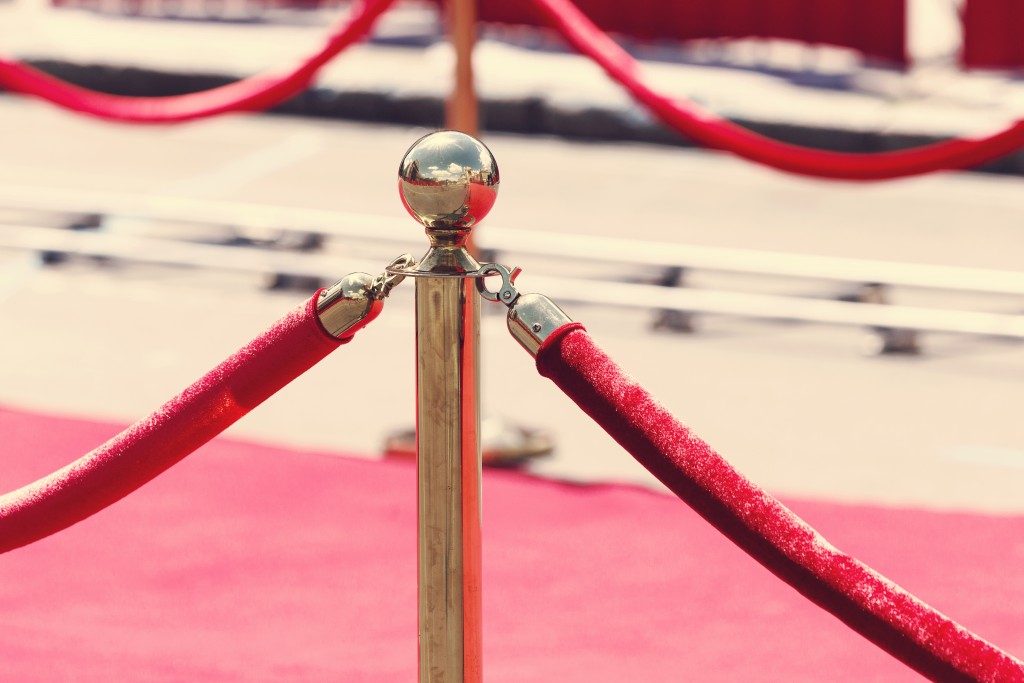 The red carpet was first used in Hollywood when theater magnate, Sid Grauman, organized the first Hollywood premiere in 1922. During the premiere of ‘Robin Hood’, starring Douglas Fairbanks, a long, crimson carpet was rolled out in front of Grauman’s Egyptian Theatre. The red carpet has been a constant in Hollywood movie premiers since, and Hollywood greats, like Clark Gable, Grace Kelly and Jimmy Stewart, have trodden the famous flooring.

It was only in 1961 that the Academy Awards incorporated the red carpet in their ceremony at the Santa Monica Civic Auditorium. It was filmed in black-and-white, but seeing its color may not have been as important as its role in the runway culture, where celebrities walk in all their splendor. It was not until 1964, when the ceremony was first broadcast in color, that the mass audience saw the red beneath the stars’ feet.

The Oscars carpet we know today is said to have a specific color called Academy Red and is especially made to visually flatter the figure of anyone who walks on it. Once the ceremony is done, the carpet is not sent to a carpet cleaner, but is immediately destroyed according to reports.

The red carpet has evolved over thousands of years to be the path of stars that we know today. Now, it can be seen in different venues and events throughout the world, from ordinary cinemas to important gatherings, while upholding its status as a symbol of style and opulence.