Before you make any food review of a restaurant in Singapore, you must understand their history first and why it’s a melting pot of cultures. The major races found in Singapore are Han Chinese (which make up 72% of the population), the Malays, the Indians, the Europeans, and the Eurasians. Immigrants come and go every year, along with millions of tourists. It’s no small wonder that despite its tiny land area (approximately seven hundred twenty-one kilometres), it boasts a thriving and ever-busy economy, technological feats, and lots of cultural exchanges everywhere, as evidenced by their food.

Whether you are in Singapore for studies or leisure or you want to stay there permanently, you have to try their different cuisines. Then, you can decide later which one you prefer.

Chinese, Malay, and Indian food in Singapore share one common ingredient: rice. Steamed rice, garlic rice, biryani rice are some of the known kinds. Usually, meat or fish sauce is poured on top of it, and spices and herbs wonderfully accentuated it. Chicken is commonly used for such rice toppings, and the kind of seasoning used (curry sauce, for instance) depends on the culture from which it is derived.

Singapore is synonymous with laksa, a special, spicy coconut-based broth that goes well with hard noodles, tofu puffs, shrimps or prawns, fish cake, and blood cockles. You can’t leave Singapore without tasting laksa at least once. If you do, you’re missing out on something awesome. Laksa is the one dish where all cultures are combined, more or less. It’s warm to the stomach, savory, and very filling. It’s also unbelievably delicious!

Kaya toast is a classic breakfast favourite, usually served with a special kind of coffee or sweet tea. Kaya toast is made of ordinary toasted white bread but made unique with its coconut-egg jam, which sticks to the memory because of its yummy taste. It is sticky, sweet, and addictive. Adding a pat of butter and drinking the special milk tea or coffee served in kaya toast stores are highly recommended. 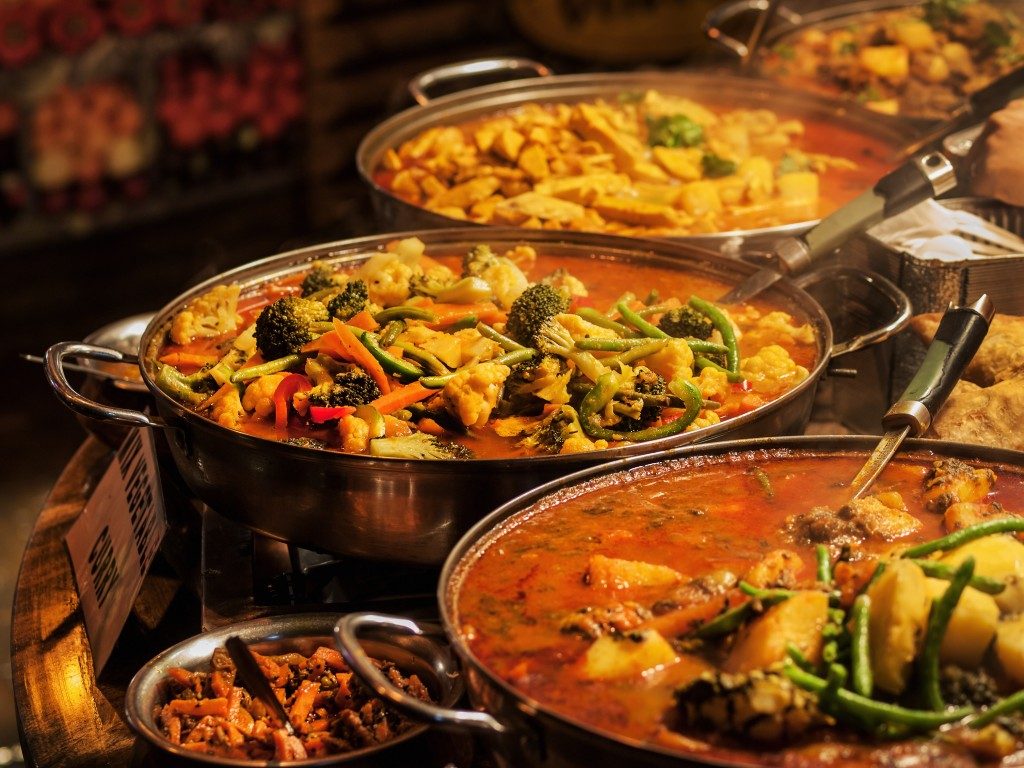 Singapore has a special kind of curry that you wouldn’t get anywhere else in the world. If you do, it wouldn’t be the same. Fish head curry was invented after the war in Singapore in 1949. It is precisely what it sounds: curry with a savory sauce, mixed with an assortment of spices and a fish head tossed in. As exotic as it sounds, it is incredibly delicious and worth a try.

If you’re vegetarian or vegan, don’t worry. Not all Singaporean dishes are meat-based or dairy-based. There are a lot of healthy, tasty vegetarian and vegan options to choose from due to the country’s Buddhist and Hindi population. One such dish is the Mala Xiang Guo, stir-fried vegetables (usually made from spinach) mixed and soaked in mouth-numbing spicy sauce. There are also different flavors of tofu to choose from.

There are plenty of available food choices for picky eaters and explorers alike. It is recommended to try as much as your stomach can safely permit before deciding which of them are your favourites. You might even find more than one favourite dish. Singaporean cuisine is unique and worth an adventurous taste.