We are so used to modern technology, but have you ever stopped and looked around to marvel at what we have right now? Don’t you think about how all these started? What are the essential times you cannot live without? How did the phone start or the Internet or, more importantly, those tiny disposable plastic lenses you put on your eyes? History recorded the use of eyeglasses as far back as the first century. On the contrary, contact lenses are relatively younger. The contact lens that covers only the cornea existed for only more than 60 years.

While there is a lot of advancement in eye vision correction right now, many are still dependent on eyeglasses and disposable contact lenses. Since people have to meet certain qualifications before they become eligible for LASIK surgery that will correct their vision, they have to wear eyeglasses and contact lenses in the meantime. Understanding how the modern contact lens started, however, will give its users a deeper appreciation of how it came to be.

Everything started with famous inventor and painter Leonardo da Vinci’s 1508 manuscript, “Codex of the Eye.” Here, Da Vinci made the first claim that water could correct one’s vision. The idea, however, was for the person to wear a device on his face. The device was filled with water via a large funnel on one side. The invention was impractical, and people would look weird wearing a bowl of water on their heads.

By 1633, mathematician Rene Descartes took it upon himself to improve on Da Vinci’s idea. This was the closest development to the contact lens you know now. Descartes said that a lens filled with water must be directly attached to the cornea. This is the reason it is called a contact lens. It has direct contact with the surface of the eye.

The invention was no more practical than Da Vinci’s invention. It made blinking impossible. Plus, it was uncomfortable for the wearer to have a tube attached directly to their eyes.

English scientist Thomas Young in 1801 produced a basic pair of contact lenses based on Descartes’s design. He reduced the size of the glass tube to a quarter inch of glass filled with water. He then used wax to stick the lens to his eyes. Along the way, he also described astigmatism, paving the way for more eye care methods and treatments. The problem with this design, however, was that it could not correct vision problems. 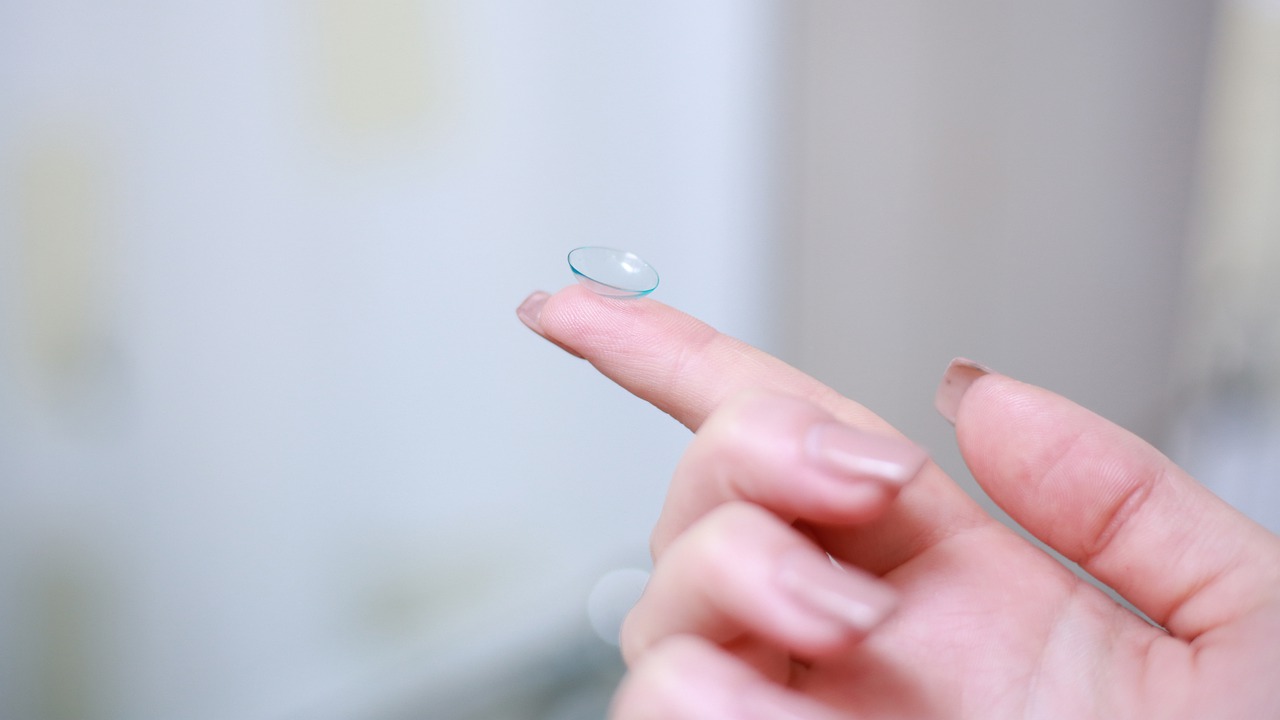 In 1845, English physicist Sir John Herschel said that the lens could correct vision if it took a mold of the cornea. He further suggested the use of glass grinding and fitting. The idea was that each lens should fit each wearer accurately. Herschel also suggested the use of a gel filling to prevent the lens from damaging the eye. However, a lack of available technology and tools at that time made this idea impossible to execute.

Dr. Adolf Fick, Eugene Cult, and Louis J. Girard paved the way for the contact lens you now know. By the early 1880s, technology made it possible to produce thin glasses because of advances in glass cutting and shaping. The credit should go to Fick, who wrote “A Contact Spectacle.” This is where he first described contact lenses to have visual improvement characteristics.

In 1887, artificial eye maker F. A. Mueller made the first lenses. They were called scleral lenses back then because they covered the whole eye, including its white. The lenses had space to allow tears or a dextrose solution to correct vision. This was akin to Da Vinci’s model of using water to correct vision ailments.

The problem with Fick’s design was that the glass was too heavy and the lenses were between 18 and 21 mm in diameter. They were a bit inconvenient to wear. They could also cause suffocation to the eyes because they covered the white part, which also needed oxygen from the air.

William Feinbloom first created the plastic contact lens in 1936. The lightweight lens revolutionized the industry. It rendered the glass contact lens obsolete because of its weight. But despite the technology present that day, the lens still covered the whole eye, which didn’t make it wearable for a long time.

It was English optical technician Kevin Tuohy who first invented the corneal lens by accident. The scleral part of the plastic lens he was sanding fell. He decided to test the remaining lens and found out that it stayed to cover the cornea. It didn’t even move when the person blinked. Through the 1950s, many manufacturers introduced thinner designs.

Otto Wichterle and Drahoslav Lim were two chemists who introduced the process of casting hydrogel. This produced soft lenses that were more comfortable than their hard-plastic counterparts. Although there were still a couple of problems, soft lenses eventually made their way into the industry. Different manufacturers continued to improve on the soft-gel framework that they eventually came up with something that people could wear overnight.

Today, most people use disposable soft plastic contact lenses. The wearer can simply throw them away after a couple of uses, preventing the problem with hygiene and eye health. These are still the most popular type of contact lens today that people use to correct vision problems or for aesthetic purposes.