There are a few things in a man’s life that are as worth celebrating as every time Lebron James lifts the NBA championship trophy or when Cristiano Ronaldo makes goals and assists. For them, these are the ultimate escape from reality. While women destress through adding things to their online carts, men are glued to the television screen internally screaming for their heroes to make the basket or goal. When Kobe Bryant died last January, many men felt that they lost a brother or best friend. Sports are as personal to men as fashion is to women.

So try to forgive men if they ogle over radar guns while out shopping because they thought about how this will help them in their marathon practice. If they get preoccupied during playoffs and the Super Bowl, give them a break. These are their equivalent of you asking them to accompany you to the mall. Men wait for their wives, girlfriends, and sisters while they are out shopping. The least anyone can do for them is to let them be during an NBA Finals game.

Dads, brothers, friends, cousins, acquaintances… men bond over their love of an athlete, sports, or a team. Sports cut across race, social status, or age. When you go to a sports bar during Super Bowl, men are either high-fiving each other or betting on who will score next. This is the ultimate male bonding experience for them. Every weekend when it’s a sports week, men troop to the sports bar to escape the reality of their jobs and even family life.

When their sports idols win, men feel invincible. For them, it feels like they were the ones who won. Once the final whistle is blown and the trophy is lifted, men can finally let go of all those feelings and cry. Yes, men rarely cry during funerals, weddings, career disappointments, heartbreaks, and many other events in their lives. But tell them that Lionel Messi is retiring, and you might as well kill their childhood dog. When Kobe died last January, many of his male fans trooped to the Staples Center with his jersey in hand while bawling their eyes out.

Men are loyal to their sports teams and their athletes. Up to this day, you’ll find plenty of male fans still worshiping the very grounds that Michael Jordan walks on. Many of the Boston Celtics fans are still loyal to the team even if it has been so long since they last watched the team in a finals game.

Sports loyalty and allegiance are universally shared by men. The more loyal you are to a team, the better person you are in another fan’s eyes. That’s just the way men operate when it comes to their sports.

And men show their loyalty to their hometowns through their love of local sports teams, too. Whenever a New York native hears the word Yankees or Knicks, he will feel a certain pride even if these teams haven’t won in the last decade. Rooting for these teams is the modern way of protecting their turf. Wherever men may be in the world, they carry their local teams in their hearts. 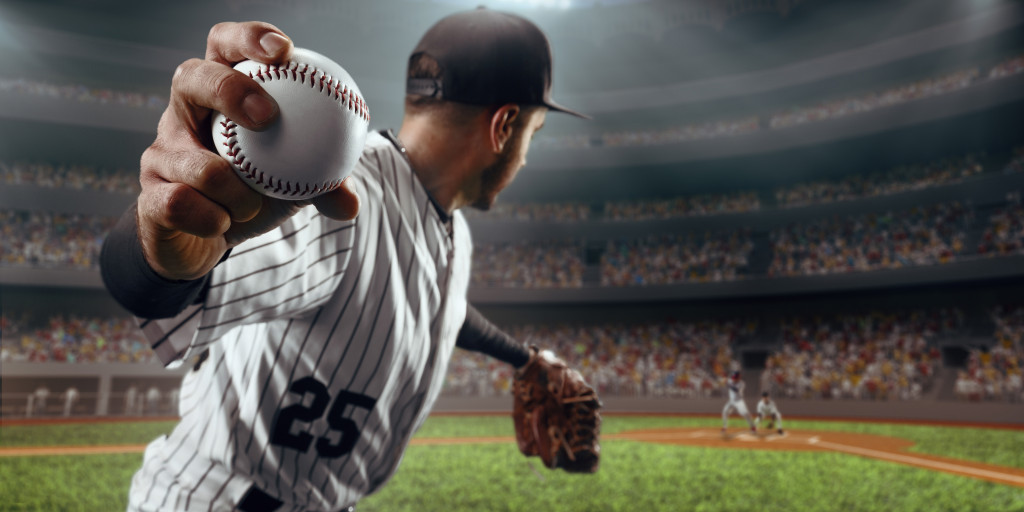 Sports are the equivalent of TV dramas. If women love Grey’s Anatomy, Gossip Girl, and Desperate Housewives, men love their sports drama. There are plenty of dramatic moments in sports. Someone was caught smoking a joint during the playoff season? What will happen to the team when this member is particularly important to their offense?

And what about what happens within the game? Two players went at each other because of a foul. What will happen to them? Will both of them get suspended? Will the other one get the ax because the other party’s a bigger star? Men speculate a lot about their teams. They even lose sleep thinking about what strategies their teams need to do to win the game.

Women love to go to the spa; men love sports. Isn’t that the same thing? Sports, for men, are the ultimate me-time. They forget about everything else and just focus on the game. Don’t expect men to focus on anything else when their favorite team is playing. They have a single-minded focus on making sure they watch every play and replay. Afterward, they’ll even rerun those plays on YouTube.

If any of you love someone who’s obsessed with sports, let them be. You don’t have to compete for their attention and affection. The best thing about men is they know how to compartmentalize. Just because they’re fanatic about their sports teams doesn’t mean they love you any less. In fact, the more you support them, the more they will love you.